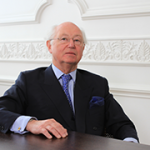 The convictions of Jean-Philippe, François and Emmanuel will lead them to succeed in the challenge of maintaining a Hottinguer Bank in Paris.

In July 2006, their efforts were rewarded when the French regulator approved Financière HR as a bank and then authorized it to call itself Banque Jean-Philippe Hottinguer & Cie.

In July 2012 «Bank Hottinguer». The name Hottinguer becomes the oldest present in the banking sector in Paris.

Due to the family breakdown, Jean-Philippe, his son Jean-Conrad and his cousins ​​François and Emmanuel are the last members to hold a bank in France.

This concern to continue the work of their ancestors is reflected in their actions as recent ones where, associated with the Gouloumès family, they agree to count among the founders of the Foundation of French Protestantism.

In 1989, Jean-Philippe - son of Jean-Conrad -, François and Emmanuel - son of Pierre - left the family business to create their own financial institution in Paris, Financière HR, marking the end of the unit family business around a single eponymous bank.

The historic family business was sold to Crédit Suisse in 1994. Family members who sold off the Paris banking business are now concentrating on their banking establishment, Hottinger Bank, located in Switzerland.

Jean-Philippe, François and Emmanuel decided to take up the challenge and to follow up a long and rich banking history in France. 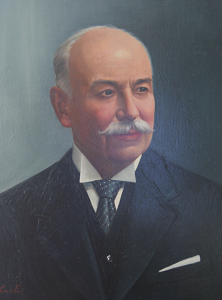 On the eve of the First World War, Europe is both the biggest factory and the bank of the world. This position never ceases to worry Rodolphe: France is in fact creditor of the world.

During these years, the Hottinguer family has sponsored numerous Protestant charities such as the Maison de Boissy, dedicated to the training of female teachers, the Society for the Rescue of the Military Casualties, etc.

The First World War will redistribute the cards. For Henri (1868-1943), the successor of Rodolphe in 1920, Europe lost the war. The rich states are now the United States and Japan, a country well known to the Hottinguer.

Henri will have to face the Popular Front. He will be part of the delegation of four regents who will negotiate with the Minister of Finance, Raymond Poincaré, the change of status of the Bank of France in 1936. The Second World War will once again upset the deal. Henri and his associates organize the relocation of the Bank and protect the interests of their clients, often taking great risks.

As the war changed in 1943, Henri died. Rodolphe, his son, takes his succession. The rest of the family is around Rodolphe or are at war - like Jean-Conrad, father of Jean-Philippe, liaison officer to the American army, then the French Provisional Government. He will be decorated several times for services rendered to France.

An exceptional banker who listend to his era 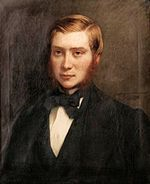 When he succeeded his father in 1866, Rodolphe was 34 years old and had 54 years of active life in front of him. He will mark with his brothers and cousins ​​this period of transition that was the end of the 19th century and the beginning of the 20th century. Rodolphe will be the man of choice. Very quickly, he perceived "that the merchant bank must be less intransigent and discreet in its positions, but easier to access."

In this sense, it will have to push its action since "fortune as well as men evolves with time."

Rodolphe will be distinguished in all the major projects of his time: in addition to his seat as Regent of the Banque de France, which he will retain for 52 years - an absolute record - Rodolphe will be President of Compagnie Générale des Eaux, Banque Impériale Ottoman (now part of Grindlays Bank), vice-president of the Paris-Lyon-Méditerranée railways and Caisse d'Epargne of Paris, and director of the insurance companies "La Nationale".

His brother Jean, co-founder of the Jockey Club, is one of the pioneers of aviation while Joseph, another of his brothers travels the world. His son Maurice participated in the creation of the Automobile Club de France.

Hottinguer and the industrialization of France 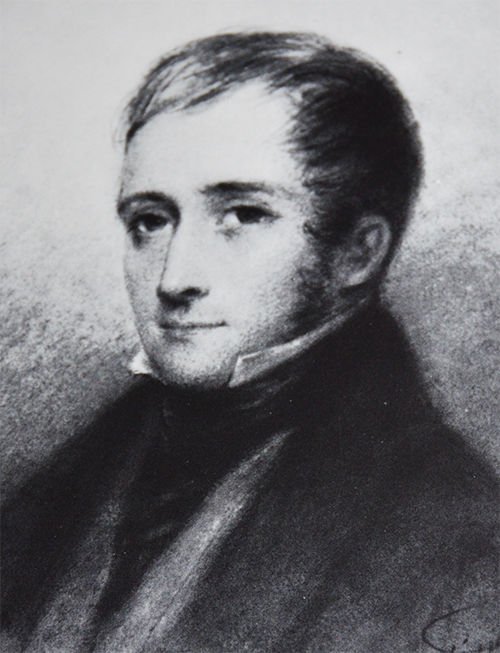 In 1833 Jean-Conrad confided the bank's destiny to his son Jean-Henri. The task awaiting the second Baron Hottinguer is arduous, due to the political unrest that the bank will face. However, he will adopt this maxim of Delacroix: "There are two things that experience must teach: the first is that it is necessary to correct much; the second is that it is not necessary to correct too much."

Jean-Henri will continue the path traced by Jean-Conrad, placing the Hottinguer bank at the center of the nascent French industrial development, as evidenced by the creation of the Caisse d'Epargne in Paris in 1818 by Jean-Conrad, Delessert family.

In 1832, he married Caroline Delessert, the daughter of Baron François Delessert. Caroline being the last of the line of the Delessert financial dynasty, Jean-Henri took over the Delessert bank in 1848.

Key achievements include the involvement of the Hottinguer family in financing railways in France, Europe and Russia, and the creation of the French water supply company, Compagnie Générale des Eaux, now known as Véolia Environnement.

The foundation of a financial dynasty

The Banque de France was created in 1800 and entrusted the mission of advising the Governor to twenty managers. Jean-Conrad was appointed, as early as 1803, Regent of the Banque de France. For 133 years - a unique event - the Hottinguer will occupy a seamless seat on the Board of Managers.

On September 19, 1810, he was appointed by Emperor Napoleon I, Baron of the Empire. He was also named Chevalier of the Legion of Honor and then, in 1814, Colonel of the National Guard for the 13th Legion before being elected Deputy of the Seine deparment in 1815.

Jean-Conrad will work all his life to consolidate his business and to bring it a respected and honored signature. His character and experience will make him an influential member of the very closed circle of Protestant banks that history has retained as the "High Bank".

This man of rigor was one of the first bankers to imagine the central role of banks in a market economy still in infancy, anticipating the industrialization of Europe and the key place of the financial bourgeoisie discovering the capitalism and the market economy.

1786 : the creation of the Hottinguer Bank in Paris 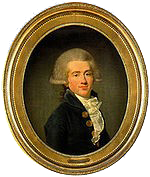 Very quickly, Zurich bankers propose to become their correspondent in Paris. In 1786, Hans-Konrad was only twenty-six when he opened his first banking establishment, "Messieurs Rougemont and Hottinguer". A few months later, in early 1787, the bank was registered in the Royal Almanac, with offices located at the Hôtel de Beaupreaux on Rue Croix-des-Petits-Champs.

In 1790, Hans-Konrad created "Messieurs Hottinguer & Cie, bankers in Paris", continuation of the first establishment. The years that followed were not unrestrained, however, Hans-Konrad finally emerged stronger.

In 1793 he was denounced for "royalist activities" and fled secretly to Zurich, from there he went to England where he married Martha Eliza Redwood, born in Newport (United States) and daughter of an American planter of English origin.

In 1794, the young couple left for the United States, where he met a group of French emigrants, including Talleyrand.

Hans-Konrad returns to London in January 1796, goes to Hamburg in March and to France in September 1796. Under the First Empire, the name "Hottinger" was translated into "Hottinguer" during the grant of the baron's patent. The Banque Hottinguer was definitely formed at that time.

The one who definitely established the family in financial dynasty

Hans-Konrad, Johann-Konrad (1764-1841) or Jean-Conrad in French, is the one who definitively established the family in financial dynasty. Nothing, however, predestined him to be a banker.

After an internship at a cotton factory in Mulhouse in 1779, he joined his uncle Johan-Heinrich in Geneva in 1783 for training at the bank Passavant, de Candolle, Bertrand & Cie. Soon he expressed the desire to go to Paris to follow in the footsteps of Jacques Necker, Genevan financier who became Chief Executive of the Royal Treasury from 1776 to 1781.

He left Geneva for France in 1784 with a letter of introduction from his former employers. He found a job at the bank Le Couteulx & Cie, a very reputable establishment headed by Jean-Barthelemy Le Couteulx de Canteleu, the first governor of the Banque de France.

Dean of the University of Heidelberg 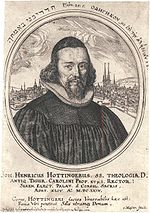 The name "Hottinger" appears for the first time in the annals of the city of Zollikon, near Zürich, in 1362.

As early as 1495, the registers of the city of Zürich mentions a Hottinger, pastor.

In the 16th and 17th centuries, several members of the family will choose this vocation in which they excel. Among these, Klaus Hottinger (1467-1524), a disciple of Zwingli, the first martyr of the Swiss Protestant movement.

In the 18th century, two branches are distinguished: that of the pastors, faithful to the family tradition, and that of the merchants. It is this second branch that will bring to France a line of bankers who, for more than two centuries, will work for the development of their country of adoption.